After a remarkable first volume, along with saxophonist Phil Canals, Nicolas Tourney publishes a second "exclusive bandcamp" album of interpretation by American composers of the post-war period. In the program: 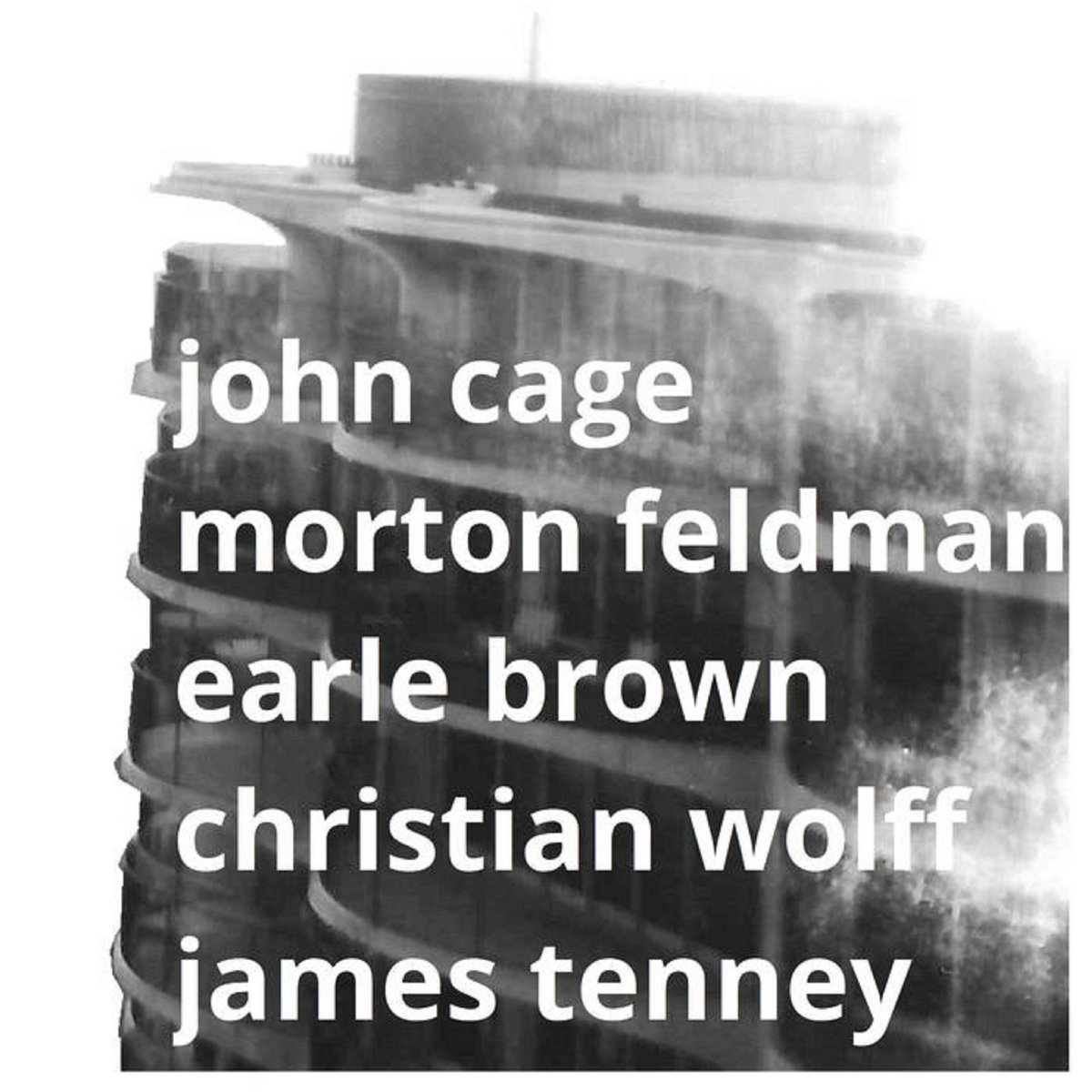 Although they’re several decades old at this point, the innovative graphic and other open-form scores of the postwar New York School composers continue to provide inspiration and stimulation for fresh interpretations from contemporary performers. Part of the reason for this could be the very openness and indeterminacy of the works; given so much latitude within their suggestive constraints, a performer is free to bring to bear his or her own musical background in choosing specific musical values for the variables the scores leave open. American Composers, a new recording from French musicians Nicolas Tourney and Phil Canals, which contains thoughtfully creative arrangements of a number of classic works by Christian Wolff, Morton Feldman, John Cage, and James Tenney, shows just how alive these works remain.

Tourney, a guitarist and electronic musician, is credited here with electric guitar and objects; Canals is a multi-instrumentalist represented here on saxophone and stones. The two collaborated on 2019’s Looking North, an album that combined elements of electronic drone and freely melodic saxophone improvisations. On American Composers, they eschew the denser textures and more aggressive timbres of the Looking North in favor of a sound that respects the open musical spaces implicit in the scores they’ve chosen to realize.

The opening track, Wolff’s Looking North, is a verbal score from the collection Prose Pieces. Tourney begins with an elastic but discernible pulse laid out in harmonics and semi-muted tones; Canals contributes evenly-weighted lines on the saxophone. Both explicitly through sound and implicitly through silences Tourney and Canals’ interpretation maintains the rhythmic continuity the score calls for. Brown’s December 1952, arranged for solo guitar, is an unusual realization of the classic graphic composition. Tourney’s way of grouping individual notes and chords gives his version more linear continuity and less pointillistic intermittency than many other versions of this always provocative piece. Also unusual is the duo’s setting of Feldman’s grid-like graphic score Projection 1, originally composed for solo cello. The piece here is realized for both guitar and saxophone. Canals plays most of the score’s events; his largely staccato reading is punctuated on occasion by Tourney’s sparse interventions. Canals gives a solo performance on Cage’s early Sonata for Clarinet, a semi-serial piece Cage wrote in 1933 while studying composition with Richard Buhlig and which was composed before Cage really found his own voice. The other Cage piece Canals and Tourney interpret is 1950’s A Flower for voice and closed piano. Canals plays the part for voice, which is mostly confined to four notes, with a contrasting mixture of vibratoless and vibrato tones; Tourney supplies the piano part by drumming with his hands on an opaque surface.

The album also includes the roaring rush of Tenney’s Having Never Written a Note for Percussion; Brown’s 4 Systems, a graphic score of variably-lengthed rectangles similar to December 1952 which Tourney and Canals realize with a predominance of overlapping long tones; and Wolff’s Stones, another verbal composition from Prose Pieces, which instructs its performers to make a variety of sounds using…stones.