Adam Majdecki-Janicki offers outstanding music, like an archive noise, an open breath on a film from another era. An experiment that makes sound a landscape, a sound/space continuum.

Yuri Morozov is the great inspiration, the clever and resourceful electronics of these studios piercing the solitude of the bands and official orchestras. There is no commemoration in this tribute to the great Russian composer. Perception alone, the memory of a burning film, a stalker in search of a mirrored universe. Adam Majdecki-Janicki makes textures-cassettes, sound worlds buried in the memory of a sky full of stars. Eimi, or the open sound of a walking talent. 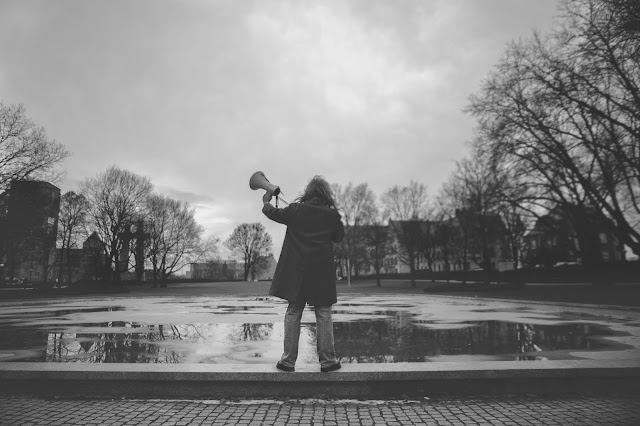 Adam Majdecki-Janicki is a poet, lyricist, composer, musician, and sound artist born June 24th 1989 in Poznań, Poland. Inspired by Amon Duul II, Hawkwind, Gong, and Syd Barrett he started recording his own music to tape in 2002. Up until 2008 he played with two local bands, and released some cassettes and CD-Rs (for friends only).
Under his alias of A.J. Kaufmann, his first poetry book, “Siva in Rags”, was published with the American small-press Kendra Steiner Editions in June 2008. Many books of poetry published by this press followed – the last to date was “Hosannah Honeypots” (2013). Adam also worked with other publishers – Shadow Archer Press, Virgogray Press, Deadbeat Press, Erbacce Press, and many print and online magazines around the world. He considers his biggest success to be published in the same book with William S. Burroughs and Gregory Corso – “Fierce Invalids”, an anthology dedicated to Arthur Rimbaud (Blind Dog Press, Australia, 2014). He stopped writing poetry in 2015.
Also under his alias A.J. Kaufmann, his debut studio album consisting of original songs only, “Second Hand Man”, was released by the (now vanished) Polish label Mimics Cool, on Vinyl and CD, in October 2011. The album got rave reviews from the local music press, but never was a commercial success. It is still available on Discogs, on Vinyl and CD, as well as two original singles accompanying the LP.


The next original album, “Stoned Gypsy Wanderer”, was released by Kendra Steiner Editions in the summer of 2014, on CD-R (limited to 100 copies). There is one copy (including a signed bonus poetry book) currently available on Discogs.
In 2012, along with Kacper Wojaczek, Adam founded Saure Adler, an experimental music group, which, as of 2019, plays improvised psychedelic rock’n’roll in a power trio format. The group releases albums digitally on their bandcamp, and with the German netlabel Aumega Project.


Since 2014, Adam returned to his Die Rote Erde alias (first used on a CD-R in 2004), and Aumega Project also releases its noise/kosmische oriented music, as well as new albums under the alias A.J. Kaufmann, of which the latest is “Ehrenbürger von Atlantis” (September 2019).
In January 2018, Adam founded the micro-netlabel Via Kosmische.
Also in 2018, Adam joined the enigmatic collective Gerausche von Hallesches Ufer, inspired by the activities of the legendary Zodiak Free Arts Lab. Having met the legendary Amon Duul II in London some years back, it was only natural for Adam to pursue the path of German experimental music.
In 2019 two new albums were released: “TN​-​237m” (digital), recorded in London in 2015, which is a concept album based loosely on Level 7, a 1959 science fiction novel by Ukrainian-born Israeli writer Mordecai Roshwald, released with the Portuguese netlabel Enough Records, and “Hippie” (CD/digital), released with the Italian label TIBProd. Italy, which is a compilation of archive 2014-16, and brand new 2019 recordings.
Adam continues to work on his sounds, songs, and drawing, considering returning to poetry, and publishing, when time and circumstances allow.Adam works closely with the talented American painter, Justin Jackley, and helped organize his first Polish art exhibition ever, in Poznań, Poland, in July 2018. 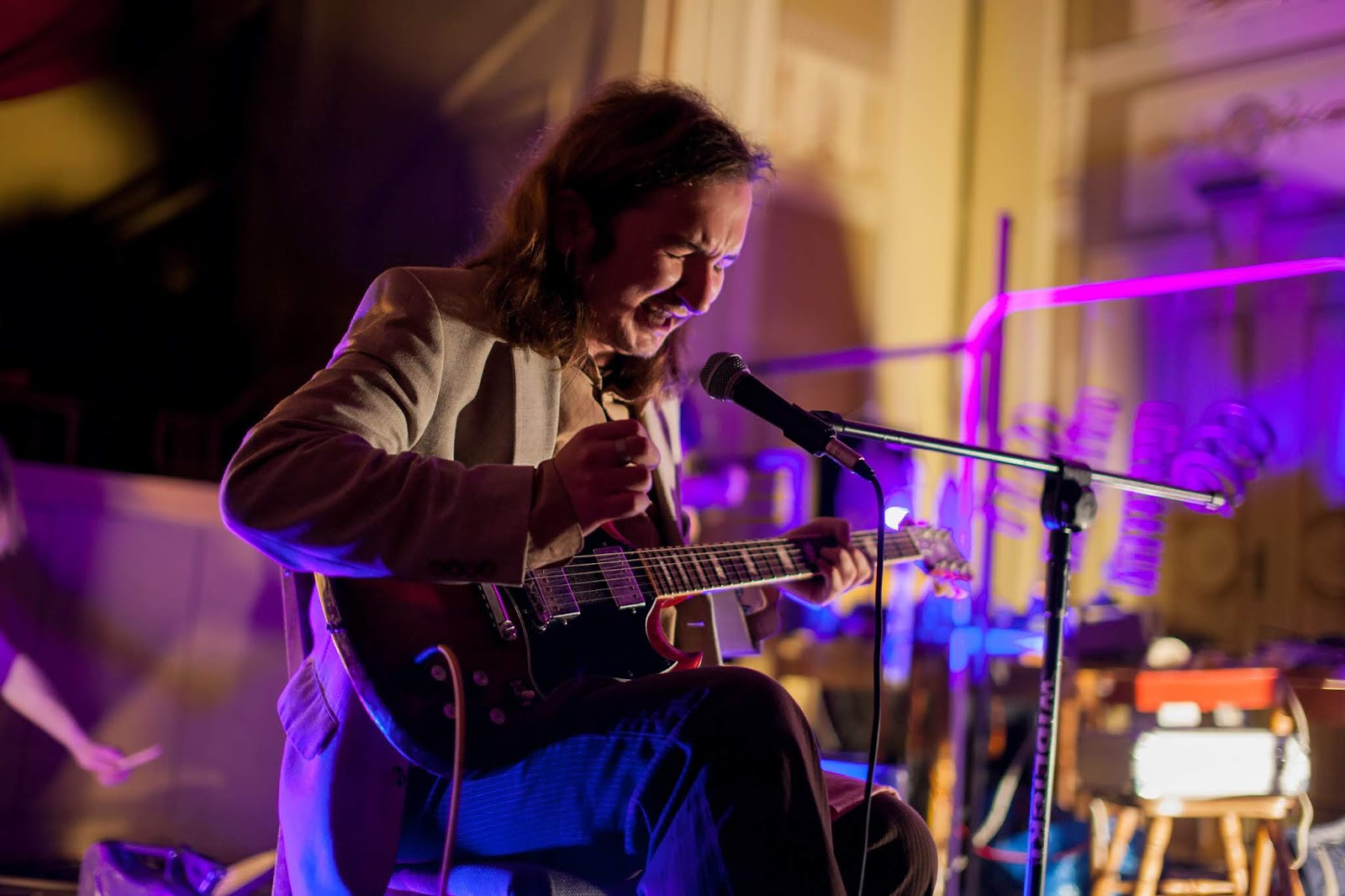